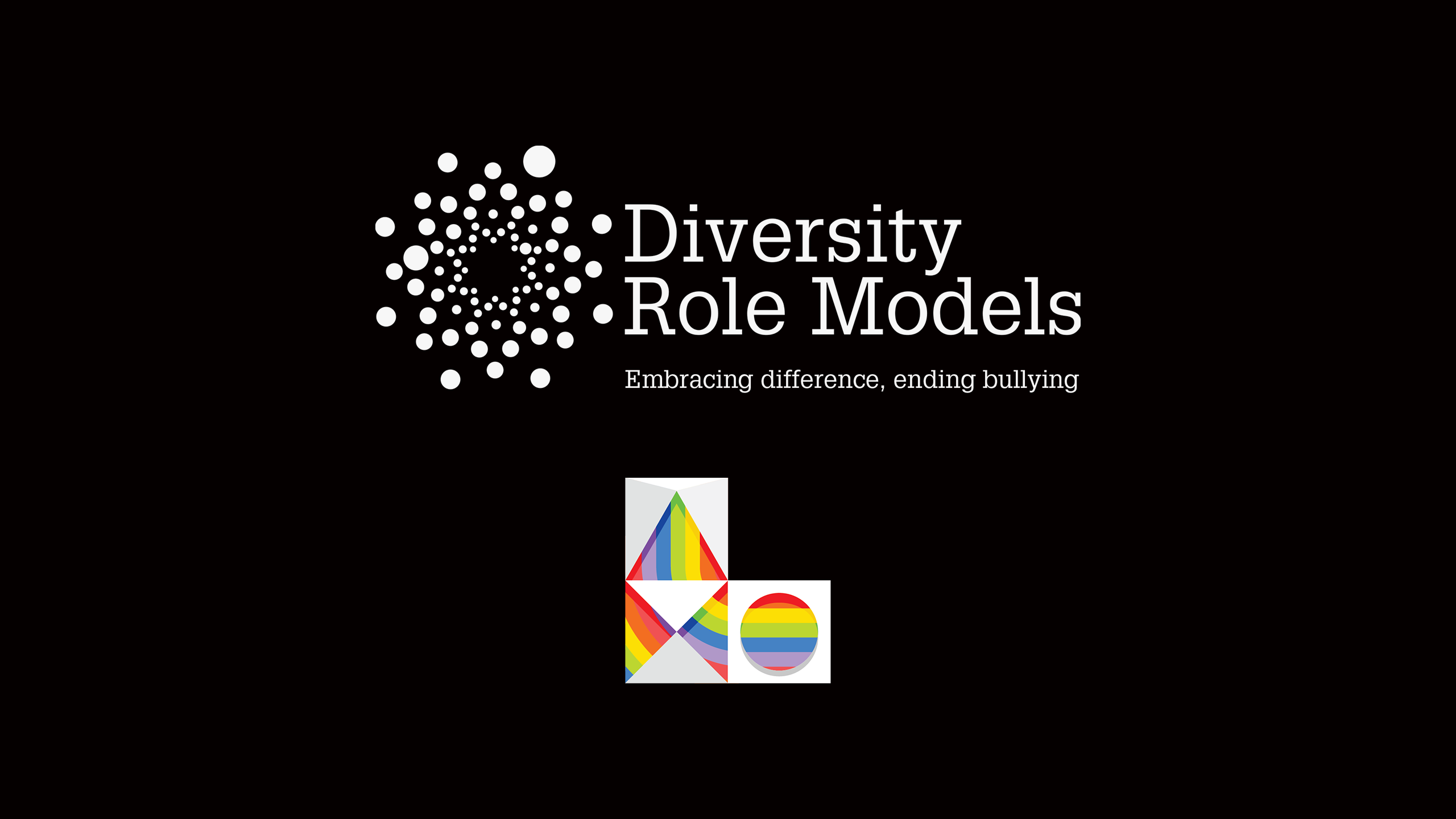 Why we are working with Diversity Role Models

Each year, our team supports a number of charities close to our hearts that we feel make a big impact and have a sustained change in the world around us. So, for the past two years, we’re proud to be supporting the work of Diversity Role Models (DRM).

Did you know that research shows nearly half of lesbian, gay, bisexual and trans students in the UK have been bullied at school? We were taken aback by how high this remains, so we at London Studio wanted to see if there was anything we could do to help change this.

That’s when we heard about Diversity Role Models. They are a charity who go into schools to talk to students about homophobic, biphobic and transphobic bullying, attitudes and language, and about the impact and weight slurs and words can have. They run student workshops featuring LGBTQ+ or ally role models who speak openly about their lived experiences. This helps build young people’s empathy so they can understand the (often unintended) impact of their language and actions.

We caught up with their Fundraising Manager, Marcus Gregar-Rive to hear more about the important work they do.

Hi Marcus, thanks for chatting to us! Can you talk to us a bit about the impact of language and what the main objective is for you as a charity?

Sure! A lot of homophobic, biphobic and transphobic language can come from the playground and people don’t necessarily understand the weight of it. For example, the phrase “that’s so gay” is a very common phrase. What we do in the workshops is open up a conversation! We talk about the impact, how using anti-LGBT+ language affects people’s mental health and to really bring this point to life – for every workshop a Role Model joins us to come and share their personal lived experience. Role Models come from diverse backgrounds, and they could be trans, nonbinary, gay, lesbian, intersex – across the whole LGBT+ spectrum.

Intersectionality can also form part of their identity, so for example, race, disability, gender can also be interconnected to their identity too. So, we strive for a wide pool of Role Models who can talk about their LGBT+ lived experience – and that’s kind of at the heart of what we do! Sure, we can talk about data and information, but it’s not until you actually hear someone’s story that it can sink in, and for some young people it can be the first time they’ve spoken to – or even listened to – for example, a trans person that’s not on the news or on their social media feed.

What we do is create conversation. We welcome questions and answers. Young people come up with great questions, and we answer them in the best way possible. This is done by creating a safe space in our student workshops in primary schools and secondary schools, and all our content is age appropriate.

Wow, we love that. It’s so refreshing to hear that you’re essentially here to start conversations to provoke debate and empathy so early on in people’s lives. Would you say that’s why your work is so effective?

Yeah, storytelling matters. We remember stories more than anything else. So, you’ll remember a good film because of storytelling, but you won’t necessarily remember a bad film that doesn’t have a lot of structure. A film can stay with you, or a book you read… and you remember it because of the story! That’s because we’re pictorial and visual people. Storytelling is effective for processing information as it paints a picture of a person’s lived experience and can connect with developing empathy and cooperative behaviours. There’s a neurochemical called oxytocin that’s produced when we are trusted or shown a kindness. It does this by enhancing the sense of empathy, our ability to experience others’ emotions. (Zac, 2014). Personal stories can help us to start thinking about things differently and from someone else’s perspective. We talk about this quite a lot in our approach, and we talk about it because we’ve seen it work.

We’re about to release an impact report based on our Embracing Difference, Ending Bullying project funded by the Department for Education, which looks at different protected characteristics – such as race, sexuality, age, disability to celebrate difference and tackle different reasons young people are bullied. What we’re doing with that project is actually looking at different reasons children might get bullied. What the impact report suggests is that the leading reason secondary students are bullied at school (at 42%) is for either looking gay or thought to be gay. The second reason, (at 40%) is just for looking ‘different.’

This correlates to the lack of education on LGBTQ+ rights in schools so we deliver school staff training, as well as including governors and SLT, to ensure a whole school approach is part of the school culture change needed. Focussing on staff training, we build staff confidence and knowledge, ensuring they have the tools and that they understand the complexities. We also support them in refining policy and helping them build frameworks and mechanisms to tackle bullying.

That’s so interesting! What approach do you take to selecting the schools you work with?

We do have schools approach us, and that’s kind of our first port of call. They often get in touch because they’ve had other schools go through this training – word of mouth works! We’ve also looked at new regions over the years. We’ve got a hub in the North West and a hub in the North East, and we also have one in Greater London. We have also started working with more remote schools and harder to reach areas via consultation with the local community through digital delivery.

We talk to the local stakeholders, local authorities, and the teachers getting in touch with us. We don’t just cold call schools, and when we go in, we look at reports, local headlines and we look at the culture and specific challenges for those schools. Then we take our content and adapt where necessary to deliver a workshop that is relevant, this is especially true for teachers, headteachers and SLT. This is to ensure we understand the context and their local challenges.

It’s worth noting that all our Regional Officers staff come from an education background, so they’re thoroughly well-versed and experienced in the dynamics of schools and how difficult it is for teachers to find time managing huge workloads. We’ve got a lot of education experience behind us in that sense.

That’s great to hear! So talk to me about a stand-out moment for you. A time you went into a school and came back feeling lifted and like you’d really changed people’s mindset. Any stories?

Ahh! We have so many and there have been some inspiring moments. Some things that have stood out recently have been in the work we’ve been doing with the impact report for our Department of Education project. Some of the comments and feedback made by teachers have really struck me. They’ve told us it’s the best training they’ve ever had and that we could have run the session much longer as everyone was so engaged. In terms of the young people specifically, we were chatting as a team recently and Jac, our Head of Education mentioned that after delivering a session to a school he overheard a conversation between a group of young people, where they had a realisation about the language they were using and said between themselves: “Oh maybe we shouldn’t call him gay every time, because it’s probably not a very good thing to say…” That was a great to hear, because it was a real conversation between school children that was casually overheard – that’s rewarding! Knowing that we’ve naturally created a safe space for discussion and raised awareness in a way that has changed lives. One of the things that impressed me from the first workshops I attended was the level of curiosity a group of Year 10 young people had. Some of them were queer, some were straight, but they had so much that they wanted to talk about. When I think back to when I was growing up in school, we never had these conversations. It was kind of hostile and aggressive at times. People didn’t even want to discuss things. I find young people today seem to have the interest to engage in the conversation. For me personally, this is huge

Last year the donation London Studio made went on to fund an entire school. We were really moved to hear this! Are partnerships and donations a big aspect of what will help move the needle for Diversity Role Models?

Partnerships with companies, small to large are so important. Some schools do pay for the workshops, but when we go into a school that can’t afford or don’t have the resources to put on these workshops – they are supported by donations from corporate partnerships, such as yours!

These schools wouldn’t have access to the work we do otherwise. These important discussions between students wouldn’t happen, and the teachers wouldn’t get the support they need as we wouldn’t be able to train them. So, it has this kind of dual effect, I guess! The money that we receive enables us to do that. We can only go so far with our resources, but when we do have partnerships, we can just go that much further by expanding into different regions. Right now, we’re looking into Essex and Kent and how we can do more work around there. In a nutshell, donations help us grow and support us to create behavioural change in schools – and that is a very powerful thing.

That’s really great to hear. What about individuals? If someone is reading this blog and wants to support Diversity Role Models, what can they do?

One of the first and best ways is to volunteer. So, if you’re from the LGBTQ+ community or if you’re an ally, then signing up to volunteer as a role model is a very powerful. We’ve got a mix of role models from diverse backgrounds and we’re always looking to hear from more people. The process is pretty simple: you sign up and then you receive training and support on how to craft your story. There’s lot of other support given to you through the process and a friendly member of our team to that will take you through all you need to know. You can also be a role model online, so if you’ve got a busy work day, but you could squeeze in half an hour – we can work with that. Volunteering is a fantastic way to get involved.

The second thing would be setting up a monthly gift, for example £10 a month, and that could go towards supporting us in putting together workshops and providing training to teachers. That’s a brilliant way for ongoing support – and, of course, one-off donations such as the one you’re doing!

Thank you so much for your time, Marcus!

London Studio is also raising money for Diversity Role Models. You can donate directly to the charity here. 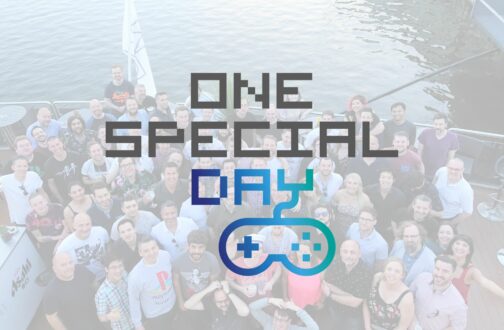